David Litvinoff: the man who knew everyone 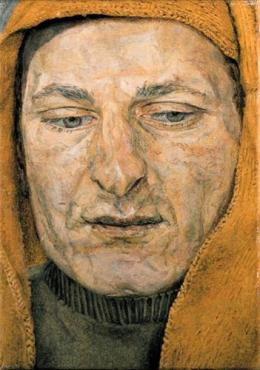 In the Times, my review [£] of Keiron Pim’s  biography of the enigmatic outsider who had his portrait painted by Lucian Freud, gave musical advice to Eric Clapton and worked as a fixer for the Kray Twins:

Pim certainly homes in on how Sixties London — or the fashionable end of it, anyway — swarmed with artists and chancers trying to make their mark. Often, though, you feel as if you are trapped in the fag-end of an all-night party where the supply of booze and amphetamines is running low. There are gamblers and crooks, gallery owners and croupiers — not to mention John Bindon’s penis. As older readers may recall, Bindon, a minor London gangster and tabloid celebrity, built a modest acting career in between beating people up. Besides appearing in Performance and Get Carter, his other claim to fame, among his friends anyway, was his foot-long member which he would, apparently, unfurl in the pub at the slightest excuse.

In the end, the bit players begin to seem more real than Litvinoff himself. Pim’s portrait of metropolitan life is as raffish as Francis Wheen’s biography of that wayward Labour MP Tom Driberg or Tony Gould’s life of Absolute Beginners author and boulevardier Colin MacInnes. But whereas Driberg and MacInnes had concrete achievements to their name, Litvinoff’s gifts evaporate before our eyes.