My radio review in The Times… Football chat from Lineker and Baker, parenting debates on the World Service and a look at how boys are faring in the age of #MeToo:

Too many games, too much hype. Has anyone else fallen out of love with football since the World Cup? I usually start paying full attention to the Premier League around November. I always need a proper break now that one season seems to merge into the next. Yet I haven’t been able to get my appetite back. I still play five-a-side — our team often has a combined age of nearly 300 — yet I’ve barely watched 20 minutes of Match of the Day since August, and even the 606 phone-in on BBC Radio 5 Live has lost its allure.

Maybe Gary Lineker and Danny Baker can get my mojo going. Their podcast, freewheeling and irreverent, taps into the same audience carved out by Peter Crouch’s insider confessions. There isn’t quite so much laddish giggling, but you can be sure that Baker — a Millwall diehard and the best presenter that 606 has had — will always come up with his share of eccentric trivia. Did you know, for instance, that the logo for Chupa Chups, the favourite sweet of a Liverpool star of yesteryear, was designed by Salvador Dalí? END_OF_DOCUMENT_TOKEN_TO_BE_REPLACED 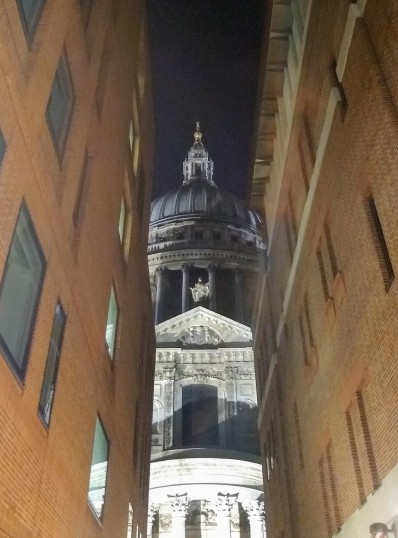 A Brexit bad night out

I wish I could say that Nitin Sawhney’s Brexit anthem broke new ground. Definitely not a vintage night at the Barbican.

Now let’s see, what rhymes with “hope and glory”? You can imagine Nitin Sawhney as he typed out his state-of-the-nation opus. Ah, yes, “hopeful Tories”. That will do. And there can be something about “anti-migrant stories”, can’t there? What about the final line though? We need something crushing. Ah yes, “Farage and Nadine Dorries”. Job done.

It’s to the credit of London Contemporary Voices, the National Youth Orchestra of Great Britain and their conductor Jonathon Heyward that they gave the text — optimistically subtitled A Rational Anthem For a National Tantrum — a veneer of dignity that it really didn’t deserve. Summoning up the ghosts of Byrd and Tallis, the hymn-like setting evoked a country adrift in its quest for an idyllic past. The orchestra, pushed into the background by the composer-keyboard player’s band, added discreet colour. I wish we could have heard more of it.

The performance was part of the Sky Arts Art 50 festival devoted to examining our national identity. What a shame Sawhney could offer only the dullest of clichés. All the unenlightening vox pop interviews crudely inserted into the middle of the piece came from Remainers, and the evening took an even more tub-thumping turn in a bonus item at the end of the concert, when the actor and director Andy Serkis sashayed on to the stage, dressed as Theresa May. Smirking and gurning, he delivered Brexonian Tragedy, Sawhney’s rewrite of Bohemian Rhapsody. The PM is fair game, of course, but Serkis couldn’t manage much beyond a half-suppressed Nazi salute at the mention of immigration. So much for rationality.

The American people have done so much for me, have restored so fully my self-confidence, that I am constantly twisting and turning in an effort to live up to their expectations of me. Ingrid Bergman said, “You must go on the stage knowing they want you to succeed.” She meant American audiences. In England the people in the stalls sit back in their chairs with folded arms, saying in their stony hearts. “We’ve paid a hell of a lot for these seats. We hope you’re going to DO something.” In Manhattan, the audience is leaning forward eagerly, crying, “Tell us!” You can tell them anything – how to be beautiful, how to be successful, how to be thin, how to be saved. They will listen intently.

The other side of David Attenborough

From my Times interview with a broadcasting legend.  Among other things, we talked about his early years at the BBC, his passion for the piano and his unlikely role as a pioneer of world music:

There is a strange whistling in the air in the sleek, modernist library in David Attenborough’s  home in southwest London. Could it be some exotic bird that he has brought back from a trip to the rainforest? No, nothing as exciting as that. It is simply his hearing aid malfunctioning. He chuckles and gives it a quick tweak. Apart from his slightly stooped posture the hearing aid is the only clue that Britain’s most beloved naturalist celebrated his 92nd birthday this year.

Otherwise he seems as brisk and alert as ever, answering questions with grace and humility, even when the conversation turns to the recent attack on his work by the radical environmentalist George Monbiot (more of that later). Attenborough’s daughter, Susan, a retired primary school head teacher who keeps him company, supplies us with unusually spicy ginger biscuits. Some interviewers have found him to be distant and evasive. Today he is genial, avuncular and thoroughly engaging.

He is, understandably, slightly more cautious when I ring him a few days later to ask him a follow-up question: what makes him cry? It is a day or two after the broadcast of the latest episode of his BBC One series Dynasties and half of the country — or so Twitter would lead you to believe — have been sobbing over the scenes of baby penguins facing an icy death in the Antarctic. I immediately sense that he would prefer not to go down this particular path, but he answers anyway. “I’ve never cried while filming, but I suppose I cry more easily nowadays.” He pauses and corrects himself. “Well, tears don’t pour down my cheeks, but I blinked hard on November 11.”

An extraordinary aspect of the decision-making in Washington between 1961 and 1975 was that Vietnamese were seldom if ever allowed to intrude upon it. Successive administrations ignored any claims by the people who inhabited the battlefields to a voice in determining their own fate: business was done in a cocoon of Americanness… There is a great line in David Halberstam’s “The Best and the Brightest” about Vice-President Lyndon Johnson’s awed reaction after seeing McNamara, Rusk, Bundy, Schlesinger, Rostow and the rest of the Kennedy Round Table gathered for the first time. He rushed off to tell his friend and mentor Sam Rayburn, speaker of the House, about this brilliant group, only to be deflated by the droll response: “Well, Lyndon, you may be right, and they may be every bit as intelligent as you say, but I’d feel a whole lot better if just one of them had run for sheriff once.” 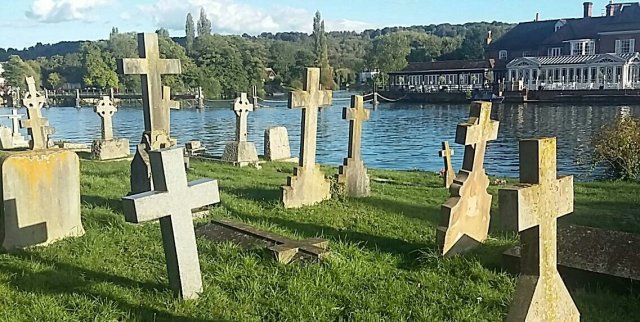 My Times review of Tina Turner’s autobiography, a sequel of sorts to her 1980s bestseller, “I Tina”. Once again, her stage partner Ike  – wife-beater, drug addict and musical pioneer – looms large:

As awful as Ike was, there remains the nagging thought that the R’n’B he made with Tina had more fire and energy than the anthems that brought her a huge following from the 1980s onwards. Tina takes a dim view of her early work in her first autobiography. Who can blame her for feeling jaundiced about it? But will posterity come to the same conclusion?

It’s ironic too that a singer who has become a rock goddess is so self-effacing about her looks. Beneath the exotic wigs and leather minis lurks a much quieter creature: “I was — and I am still — amused by the constant attention paid to my legs. I truly don’t get the fuss. Did you ever see a pony’s legs when it’s just born? Long and spindly? That’s what my legs always looked like to me. When I was young, I used to think, Why do I look like a little pony? My short torso is hooked onto these two little dangling legs, but I’ve learned how to wear clothes to flatter them. In Nutbush, no one would have looked twice at my legs. Black women who were full and curvy were considered beautiful, but my body, which was just skinny and straight, never turned any heads.”